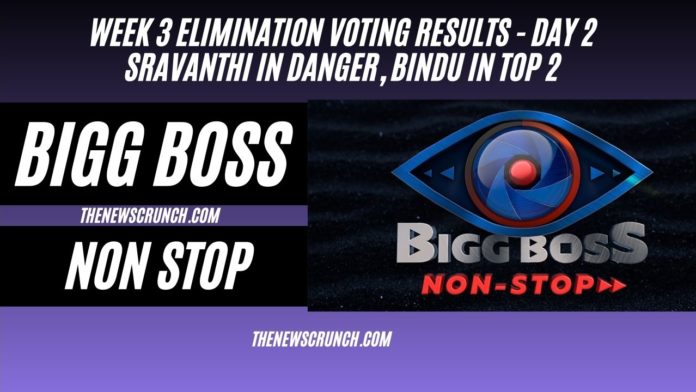 Bigg Boss Non Stop starts off on a thrilling note in its third week with a colorful open nominations task. A lot of intense fights took place as the nominations task with all except three nominations was the highlight of the week. However, the third elimination voting results signals danger for Sravanthi and Mitraaw Sharma.

Bigg Boss Non Stop online voting results for the third week will be impacted by the upcoming tasks and audience support. Akhil and Shiva meet at the top yet again in the week 3 voting results. However, the eviction danger for the third elimination throws light on Mitraaw, Sravanthi and Mahesh Vitta.