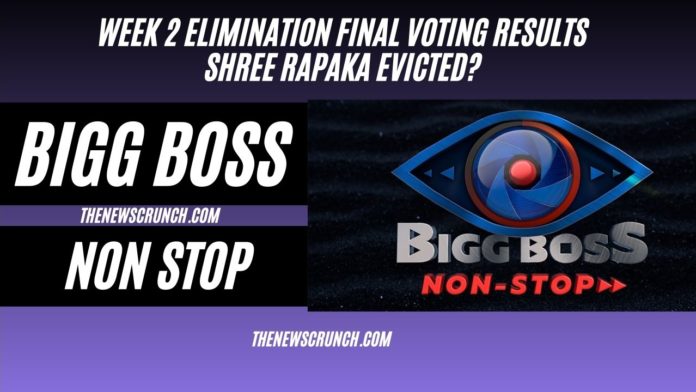 Bigg Boss Non Stop continues its second week with the gripping police task. A lot of intense fights took place as the nominations task with 11 nominations was the shocking realityof the week. However, the first elimination voting results signals danger for Shree Rapaka.

Bigg Boss Non Stop online voting results for the second week will be impacted by the upcoming tasks and relevant performances. Akhil holds his lead at the top of the week 2 voting results. However, the eviction danger for the second elimination throws light on Shree Rapaka and Mitraaw Sharma.