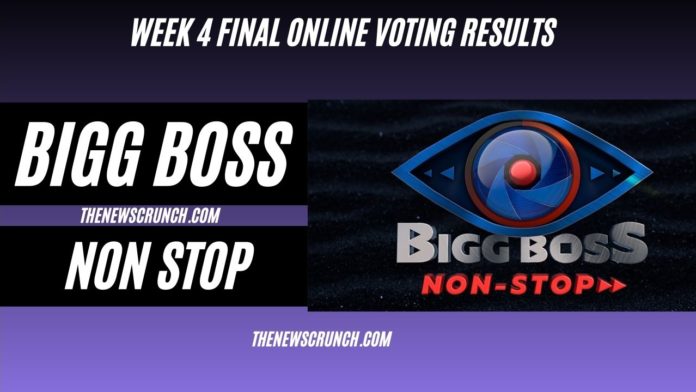 Bigg Boss Non Stop concludes a fiery note in its fourth week with an eventful luxury budget task. A lot of gruesome arguments took place as the quest to finale toughens with seven nominations was the highlight of the week. However, the fourth elimination voting results signals danger for Anil Rathod, Sarayu and Mitraaw Sharma.

Bigg Boss Non Stop online voting results for the fourth week will be impacted by the tasks and audience favoritism. Bead leads at the top yet again in the week 4 voting results. However, the eviction danger for the fourth elimination throws light on Sarayu, and Anil Rathod.