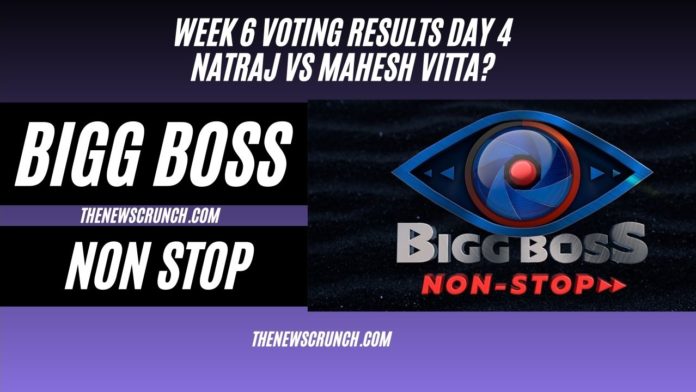 Bigg Boss Non Stop progresses through its sixth week with a gripping captaincy task. A lot of fights, arguments took place as the quest to reach the finale week grows with ten nominations was the major story this week. However, the sixth elimination voting results signals danger for Natraj and Mahesh Vitta.

Bigg Boss Non Stop online voting results for the sixth week will be impacted by the competitive captaincy task between Ashu, Hamida, Shiva and Mumaith Khan. Bindu and Shiva make it the top 2 in the week 6 voting results in a dominating fashion. However, the eviction danger for the sixth elimination throws light on Natraj’s vulnerable position.