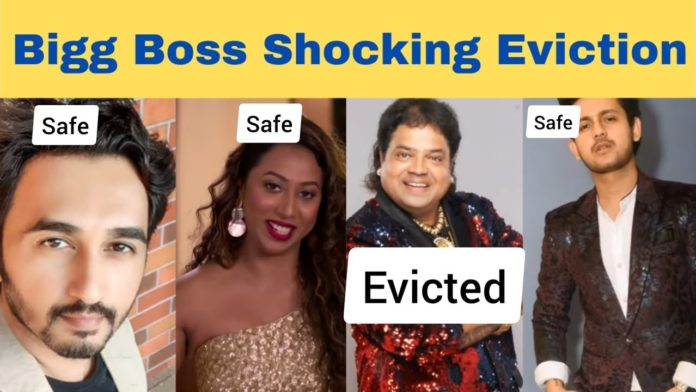 The third season of ‘Bigg Boss Marathi 3’ is under discussion. There is talk of elimination right now. Meenal Shah, Vikas Patil, Adish Vaidya and Santosh Chaudhary alias Dadus have been nominated for this week’s nomination process. Now, the fans are watching to see which of these four contestants will end their journey to the house of Bigg Boss.

That Santosh Chaudhary alias Dadus is claimed to have been eliminated in ‘Bigg Boss Marathi 3’. A post has been shared on the Instagram page of ‘Marathi Kalakar Vishwa’. It is said that Dadus went outside the house of Bigg Boss. There is no official information about this yet. But this post has increased the tension of Dadus fans. Now it’s revealed that Adish Vaidya was eliminated from Bigg Boss Marathi season 3 this week.

Dadus is Santosh Chaudhary. Kamatghar in the original village Bhiwandi. Loved singing since school. Dadus used to do things like singing, narration, imitation, acting from the school love gathering. Dadus’s father loved the song of the Goddess. He was performing songs from the awakening of the Goddess. It is called Baya’s songs in the Agari language. Dadus inherited the song from his father. Without taking any classical music lessons, Agari Koli tried to give a different shape to folk music.

Today, Dadus has an independent identity as the king of folk music like songs of women, dhol songs, Koli songs etc. Similarly, Dadus is known as Bappi Lahiri in Marathi. His dress, black goggles on his eyes, thick gold chain around his neck and thumbs on all five fingers are similar to those of famous musician Bappi Lahiri. Bappida is Dadus’s role model in music.

With Adish Vaidya’s elimination, it will be interesting to see what happens in the upcoming weeks of Bigg Boss Marathi season 3.