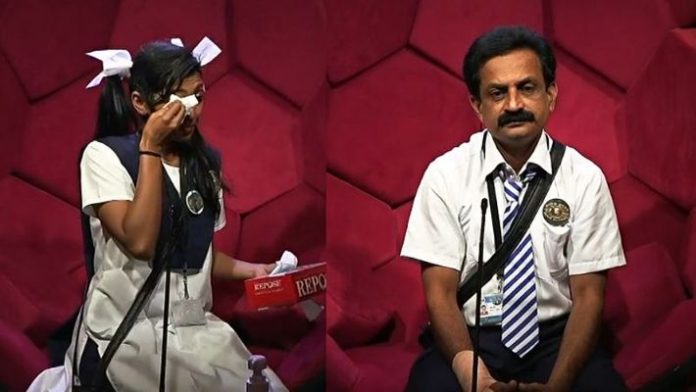 Bigg Boss Malayalam season 2 has seen a shocking incident on Tuesday 10th March 2020, there was a new luxury budget task on Bigg Boss where some of the housemates are potrayed as school teachers and the others are naughty disobedient students. Rajith Kumar was given the task of essaying the role of disobedient student. He hesitated to take up the role at first as his followers may get influenced by it, but then took it up as it was just a task.


Fukru is made as a political teacher in the school task and he entered the class to teach other housemates. The housemates who are essaying the role of students suddenly said that it’s Reshma’s birthday and it should be celebrated. Rajith Kumar personally congratulated Reshma on her birthday but smeared her face with chilly in his hands as a part of the task. Reshma didn’t expect this and she was made to wash her eyes and Bigg Boss took her to hospital to be treated.

Then Rajith Kumar was called inside confession room and he was handed over eviction as according to Bigg Boss rule book noone should do anything to harm a fellow contestant. Since Rajith Kumar broke this rule he was evicted from Bigg Boss. Did Bigg Boss do the right thing of eliminating Rajith Kumar? Vote and Comment below.

Are you happy with Rajith Kumar eviction from Bigg Boss house?
Created with Poll Maker
Loading...