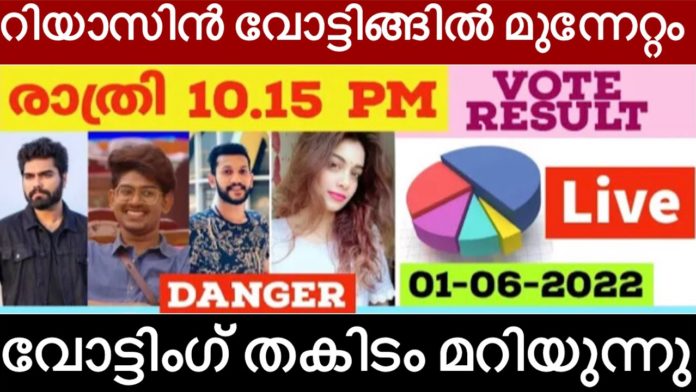 Bigg Boss Malayalam Season 4 (Bigg Boss 4) Week 11 Nomination List Announced As has been the case for the past few weeks, Bigg Boss has called for more than one person in the Confession Room to discuss and decide who should go for the nomination. Bigg Boss called two people today. Bigg Boss names Suraj-Riyas, Vinay-Ronson, Lakshmipriya-Dilsha and Blessley-Akhil. Bigg Boss had said at the outset that no one could nominate Dhanya for the captaincy and that Dhanya could not nominate anyone.

Lakshmipriya and Dilsha were next. Lakshmipriya also agreed that Dilsha explained the differences she had from being in Bigg Boss first. Lakshmipriya later agreed that she would go for the nomination. Blessley and Akhil came next. Akhil criticized Blaiseley for justifying Rob’s last week for not seeing the usual resilience in his stance. But Blessley tried to present his part. Both were shortlisted for the nomination as they were unwilling to back down.

Out of the nine contestants, all except Captain Dhanya and Dilsha are in the nomination this time. Suraj, Riyaz, Ronson, Vinay, Lakshmipriya, Blessley and Akhil are the seven nominees in the list.