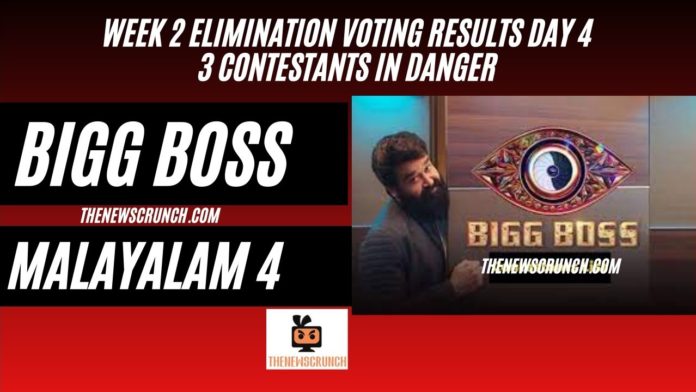 Blesslee and Robin share the top 2 positions on the fourth day of voting. Janaki was the first elimination of Bigg Boss Malayalam 4. Kutty Akhil is getting good screen coverage as the weaker contestants struggle for survival.