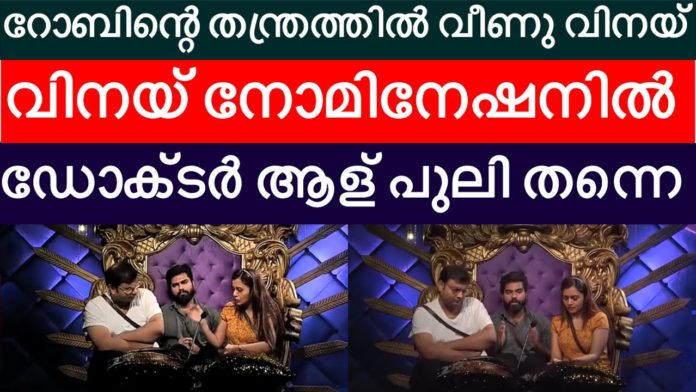 Bigg Boss Malayalam is reaching its 58th day. A lot of things happened in the latest episode, including the transfer of captaincy, the new captain’s reforms, and the nomination. The episode started streaming Mohanlal’s new OTT release Twelveth Man for the contestants. When Jeethu Joseph came to promote the film in the weekend episode, Mohanlal had promised to stream Twelveth Man for the contestants.

That promise has been kept. Mohanlal’s thriller Twelveth Man has just started streaming on Hotstar. The Bigg Boss movie screening was held on Sunday at 5.30pm for the contestants. When Jeethu Joseph arrived for promotion, the contestants were given a special task as part of the Twelevth Man movie. Jeethu Joseph, who arrived on the Bigg Boss stage, also asked the audience not to compare him to the scene.

Fifty days later, the contestants were excited to see a movie for the first time. Everyone watched the movie with enthusiastic applause and whistles. Twelveth Man is written by newcomer KR Krishnakumar. Twelve Man is the first Mohanlal film to be directed by Jeethu Joseph apart from his own script.

The captaincy was handed over after the movie. Akhil, who was the captain last week, handed over the captain’s band to Blessley. He then turned people over to work at Blessley House. At the same time, some of Blessley’s governance reforms have not been digested by everyone.

Blessley said that every day there should be two meetings attended by all the contestants. Blessley explained that this was a suggestion made by Robin and that he felt it was good. Suchitra was given the job of cleaning the bedroom. But Suchitra did not like the fact that Blessy made some more adjustments. Suchitra argued for a while as she could not explode because she was the captain.

Is Blessley’s first captain in the House. Many could not contain it. Therefore, explosions may occur at home in the coming days.

What followed was this week’s nomination process. This time too B Gbos did it differently. Last time it was a two-man approach to the Confession Room, this time it was a three-person discussion.

Bigg Boss announced that no one could nominate Captain Blessley, while Blessley could participate in the nomination process. Suchitra, Suraj, Akhil and Vinay were later selected for the nomination. Suchitra is the first nominee.