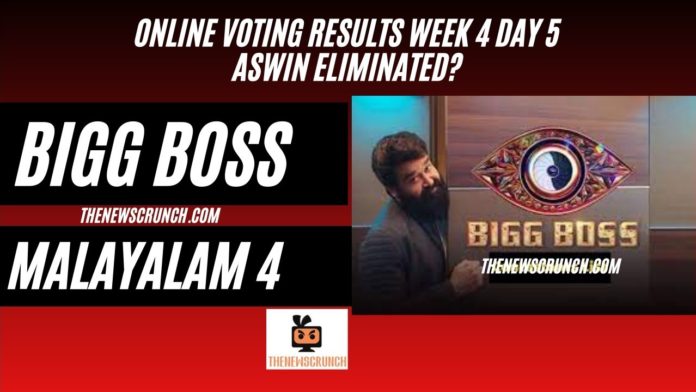 Robin leads with a massive margin on the penultimate day of voting results. However, Shalini was the third elimination of Bigg Boss Malayalam 4. Blesslee is getting good screen coverage as the weaker contestants struggle for survival.