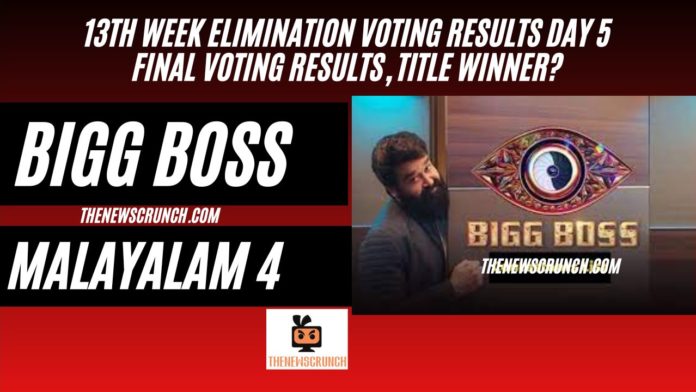 Bigg Boss Malayalam voting window opened for the final weekend elimination nominations with one day left to vote. The nominated contestants will face the audience for their support as the contestant with the least votes will be evicted from the Bigg Boss Malayalam 4 house.

Blesslee leads with a massive margin on the penultimate day of voting results. However, Vinay was the last week elimination of Bigg Boss Malayalam 4. Riya is getting good screen coverage as the weaker contestants struggle for survival ahead of the finale week.