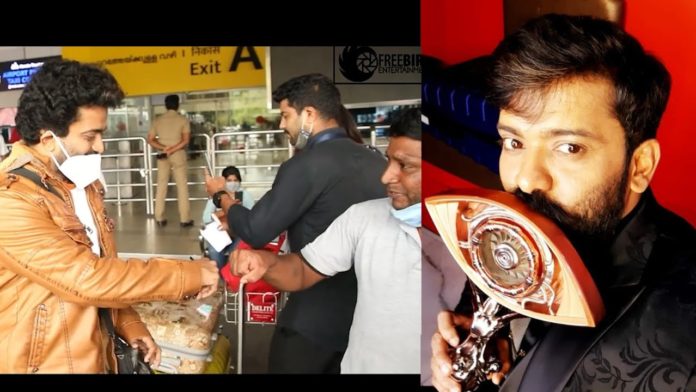 Malayalees have been waiting for the last few days to know who will be the winner of Bigg Boss Malayalam Season 3. The show has seemed a bit unfocused in recent episodes. With this, the fans were worried whether Bigg Boss Malayalam Season 3 would end without finding a winner this time. But organizers said they would find a winner this time around.

Following this, voting was held to find the winner. Bigg Boss had to find the winner from the contestants at home when the show had to be stopped. According to this, Manikuttan, Sai Vishnu, Dimpal, Kitilam Firoz, Ramzan, Nobi, Anoop, and Ritu Mantra came to the polls. But a month after the voting was over, the final could not be held or the winner announced.


It is unknown at this time what he will do after Bigg Boss. It is expected to happen soon. It is learned that the Onam special episode has also been shot. Mohanlal, Bigg Boss, Suraj Venjaramoodu, Sania Iyyappan, Durga Krishna, Anu Sithara, Chitra, Jagadish, Tini Tom, and many more are expected to join the finale. Pictures of the contestants with them went viral on social media.

According to reports, Sai Vishnu is second, and Dimpal is third, while Manikuttan is the winner. Earlier, there was a fierce rivalry between the three in the last voting. Therefore, the social media reaction to the reports makes it clear that this success was what many expected. We will have to wait to know the fact anyway.