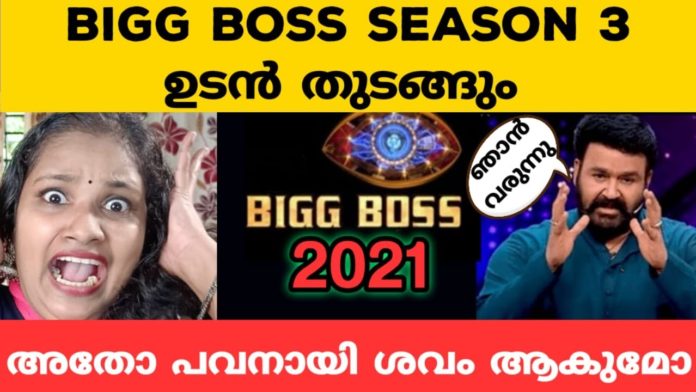 Bigg Boss Malayalam 2 was shot in EVP Film City in Chennai and the show was canceled after completing two-thirds of the season. The remaining ten contestants were released from the house. Ranjith Kumar, Fukru were the most popular contestants of the last season.

However, the excitement around Bigg boss Malayalam 3 is gaining traction after the logo was revealed earlier this week by Tovino Thomas. This event happened during the Star Singer music reality show launch. Mohanlal will continue to host the much awaited season of Bigg Boss Malayalam 3.

It is unclear about the contestants as the quarantine period is yet to start. According to reports, the starting date for Bigg Boss Malayalam 3 will be on February 14 2021. There will be sixteen contestants in the house and several wildcard entries during the season.