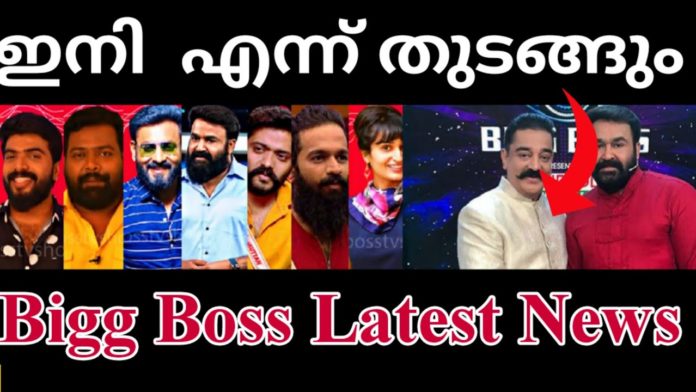 The suspension of Bigg Boss’ third season has disappointed fans. The show was getting more and more interesting, leading to the Grand Finale. There were reports that some of the workers from the BB set tested positive for COVID 19. It was suspended, but everyone was hoping the finale would take place. Meanwhile, a new video was released on YouTube with the good news about Bigg Boss season 3.

Vlogger Revathi has come up with an update on Bigg Boss Season 3. She says in the video about Bigg Boss 3 Malayalam restarting soon. It is expected to start next week. She has not stated an exact date, and she says she will be updating info about the starting date as soon as she gets further information. Also, all the contestants will be taken into the house after doing COVID 19 test. Many more procedures will be followed before restarting the show,

Bigg Boss Season 3 was a much-awaited reality show by the Malayalee audience. The show started on February 14, following the Kovid standards. The show, which started with 14 members, was able to garner a good audience from the very beginning. Season 3 started differently from previous seasons.

But the show has been stopped, much to the disappointment of the Malayalee audience. Bigg Boss Season 3 has been put on hold due to the COVID 19 crisis, and Season 2 has been put on hold. The show ended just before the lockdown was announced in the country. Season 2 ends on the 70th day, while Season 3 was suspended on the 95th day.

Currently, the situation in Chennai is critical. According to the report, 370 people have died in the last 24 hours. The test positivity rate is 21.8%. Kovid confirmed 6073 new cases (last 24 hours). There are also reports that the lockdown ends on the 24th of May to be extended to Chennai.

Filming has been suspended following a lockdown in Chennai. It is rumored that the Bigg Boss show will not start immediately in this case. Meanwhile, there are reports that the show will resume from next week. But there has been no official response on this. The contestants are still staying at a hotel in Chennai.