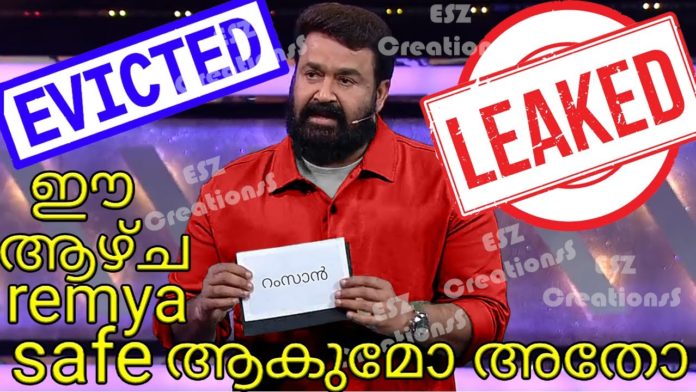 Remya, Soorya, Ramzan, Ritu, Sai Vishnu, and Manikuttan are on the nomination list. Last week’s eviction episode went unnoticed. Kidilam Firoz, Anoop, and Nobby were not nominated this week. Nobby was selected as the new captain of Bigg Boss yesterday. Remya and Sai Vishnu went to jail but were soon released. As Bigg Boss enters the final stage, the contestants are given interesting and challenging tasks. This has been seen by everyone, including in last week’s task. Meanwhile, social media is saying that Soorya and Remya will be evicted this week. The Bigg Boss Mallow Talkies channel released the video. The new video says that Soorya and Remya are also likely to go out.

The video says that according to the information available now, it is heard that Surya is evicted. It has come as a confirmation. Soorya is eliminated, and Remya is said to be the second elimination this week. It is unknown at this time what they will do after eviction. It has come in two confirmations. Soorya is confirmed to be out, and Remya’s eviction has not been confirmed yet.

The video says that Surya is 90% evicted, and Remya is 80% confirmed to be eliminated. Remya is a contestant who came to the show through a wild card entry. Soorya has been a competitor in Bigg Boss since its inception. Her friendship with Manikuttan helped Soorya move forward. But in a few weeks Soorya Week had become a strong contestant. She also received many trolls on social media about using Manikuttan to move forward in the game.