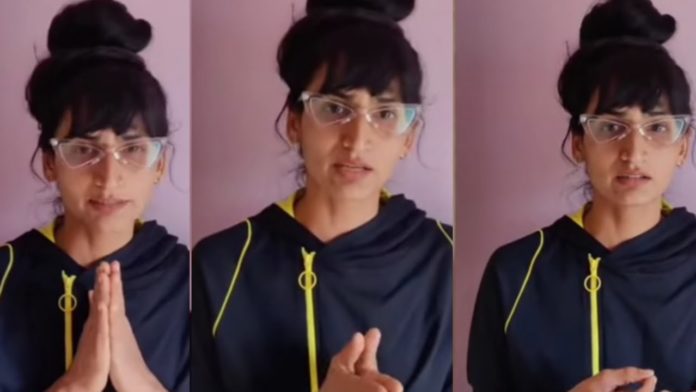 The third edition of Bigg Boss Malayalam is nearing completion. There are only a few days left until the grand finale. But the frustration of not having the audience’s favorite Dimpal Bhat at home is also shared with it. But reports from People say that’s just what’s happening. While it is not yet clear whether Dimpal will return, fans say there is a possibility. Fans’ groups are talking about Dimpal’s comeback, citing some hints. There have also been reports that Bigg Boss may be put on hold.

Despite her strong chances of winning this season, Dimpal had to leave. Dimple’s father Satyaveer Singh Bhal’s untimely demise shocked contestants and spectators alike. Everyone requested to return to the star along with sharing Dimple’s great grief. Fans now have to say that there is no problem with Dimpal coming back if she can overcome the grief.

Dimpal was not eliminated but had to leave due to her personal loss. After coming out, Dimpal only came to thank Dad and everyone who supported her. The sister had also said on Monday that she was not even using the phone. In such a situation, the question of whether to bring Dimpal back has been answered. A new report says Dimple is coming back. It is learned that the actress has arrived in Chennai to enter the Bigg Boss show and is currently in Dimple Quarantine. It is said that Dimpal will enter in the next few days as a surprise entry. At the same time, with the announcement of the lockdown in Tamil Nadu, there are widespread rumors that Bigg Boss will stop. It is reported that it is unlikely and that Bigg Boss will continue as planned.

Bigg Boss is likely to be delayed as filming of serials has been halted due to COVID. I know that it was done in Hindi and the show, which was supposed to be held in 100 days, will continue for another twelve days. Leading YouTube channels say that this will give Dimpal time to come in after completing her quarantine.