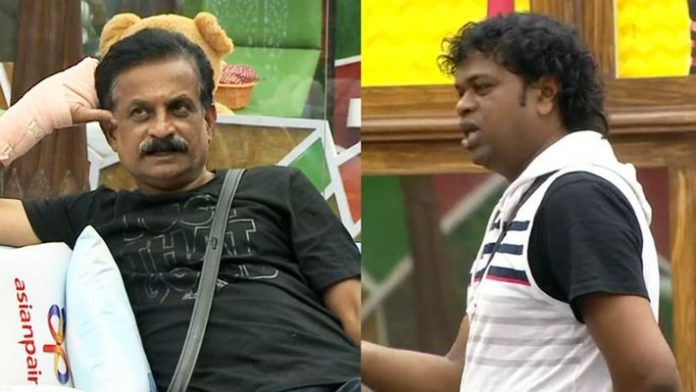 Bigg Boss Malayalam Season Two is going back half a day. In the weeks gone by, many disputes in the House were relatively minor, as many of the members were out of sight due to tears. But three of those who had been turned away due to infection have returned and two wild card entries have ended the ‘shortage’ of House contestants. The result is that old excitement has returned to the competition. This is reflected in the weekly task. One of the most exciting tasks of Bigg Boss Malayalam Season 2 is the Weekly Tasks for the Luxury Budget.

This time the excitement of the task has increased as the number of members has increased. This week’s task is to test the physical strength of the competitors. The Big Boss contestants were tasked with making the activity area a gold mine. The task started yesterday and continues today. When the buzzer hits, two people who first run into the activity area will have the opportunity to enter the mine and start mining. Fukru, Shaji, Sujo and Amrita-Abhirami sisters entered the mines and obtained gold and gems. Rejit and Raghu, who kept Sujo’s gold and diamonds, also took from Sujo.

There were disputes even when the task was resumed today by half the task. When the buzzer sounded, the main contention for the day was who opened the door to the mine. When the buzzer sounded a second time, four people claimed to have touched the door. Sujo, Fukru, Suraj and Abhirami. After discussing all this, it was decided to send Sujo and Sooraj to the mine. When Bigg Boss quizzed the hall to find out who had decided, Rejith first began to answer, and Captain Pashanam Shaji’s objection created little discomfort.

Shaji initially named Sooraj when he was asked by Bigg Boss as to who qualified to enter the mine. But Rejith said Sujo was the first. But soon Rejith’s comment – ‘My blonde, may I just say .. you need two. There is no first and second. Do you look like an omen in the midst of all this? ‘ But Rizat’s response was that Shakuni was self-conscious. ‘It is the innermost part of the mind. The first person’s name is the first to be named. That’s the role of the captain, ”Regith concluded.