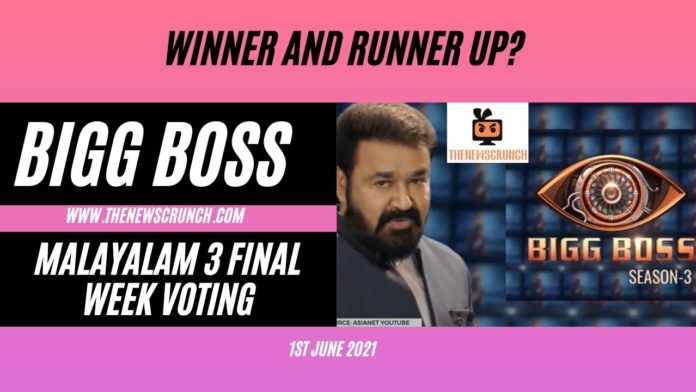 Bigg Boss Malayalam 3 will witness the crowning of the ‘title winner’ in a few hours. The final week voting window closed earlier this weekend. The suspense around the winner of Bigg Boss Malayalam 3 looms large as the audience eagerly awaits the official announcement. The voting results indicate a stunning victory for Manikuttan and a potential runner-up position for Sai Vishnu.

Bigg Boss Malayalam 3 was quite sensational compared to the previous seasons. Some contestants like Manikuttan, Dimple Bhal and Sai Vishnu connected well with the audience. Even though the telecast was stopped, the impact of Manikuttan loomed large.