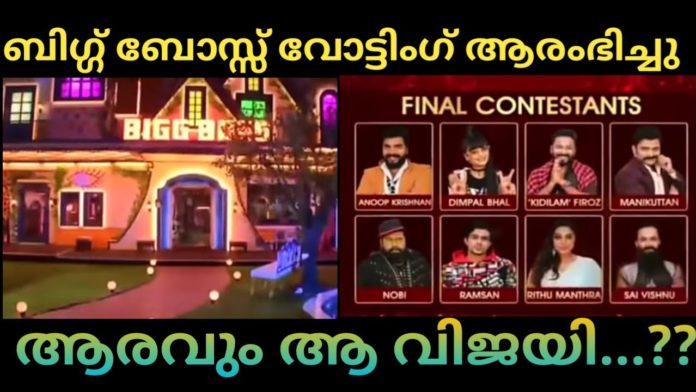 Bigg Boss Malayalam fans are saddened that the third season has just ended before the finale. Anyone is going to answer the question of who is the winner in Bigg Boss this time. The channel has made a crucial announcement in this regard. With this, Bigg Boss fans are very excited.

Bigg Boss Malayalam Season 2 did not have a winner. The reason was that the event had to be stopped because of COVID 19. Bigg Boss Malayalam season three had to be stopped in a similar situation. Authorities were blocking the shooting of the event in Tamil Nadu due to COVID 19 lockdown restrictions. Bigg Boss Malayalam 3 had completed 95 days. The event titled ‘Ticket to Finale’ was happening last week, and there were only 5 days left in the program. There were reports that the show would resume, and the winner would be announced shortly after the finale.

But the channel has made it clear that further filming of the event will not be possible as COVID 19 continues to be extreme in Tamil Nadu, where the show is being shot. With this, the contestants who are staying at the hotel in Tamil Nadu are returning to Kerala.

There are eight contestants in the final round of Bigg Boss. Dimpal Bhal, Manikuttan, Kidilan Firoz, Sai Vishnu, Ritu Mantra, Anoop, Ramzan, and Nobby Marcos are contestants. According to the channel, the audience can decide the winner of Bigg Boss Malayalam Season 3 by voting for their favorite contestant.

Evaluate the performance of these contestants so far, and the person chosen by the audience will win the Bigg Boss title. Voting starts on Monday, May 24th. You can vote for the contestant you think deserves to be the winner of Bigg Boss. Voting is open from 11 pm on Monday to 11 pm on Saturday, 29th May 2021.

You need to log in to the Hotstar app to register to vote for the contestants. Whoever gets the most votes will be the winner in Bigg Boss. The channel’s new announcement has thrilled fans who were disappointed that Bigg Boss would not be able to find a winner this season as well.

The last 8 contestants in Bigg Boss are also strong. Manikuttan, Dimple, Kitilam Firoz, and Sai Vishnu are considered to be the most likely winners. Apart from these 8, Surya J Menon, Remya, Adoni, Bhagyalakshmi, Sajjana-Firoz, Majsia Bhanu, Michelle, Sandhya Manoj, and Lakshmi Jayan were also present in the competition. Surya and Remya Panikkar were the last to leave the show.

All the contestants have fan groups called Army on social media. Among them, Manikuttan and Dimpal have a huge fan base. Fans reacted in large numbers to her return when Manikuttan was sidelined from the match. Fans reacted similarly to Dimple being brought back. Fans think one of the two will win the title of Bigg Boss.