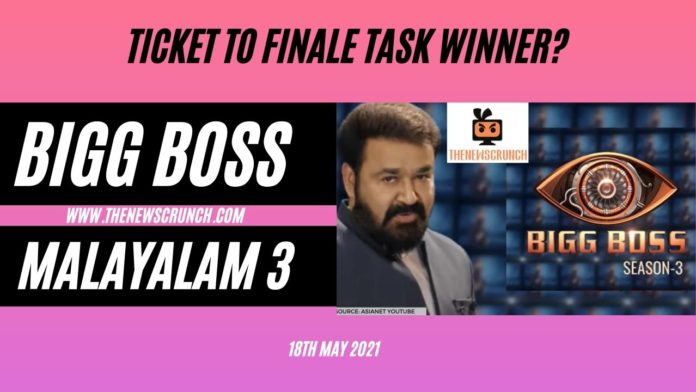 There are multiple possibilities for Noby or Anoop’s eviction this week. Considering the first ‘ticket to finale’ task is physically competitive, Noby has a bleak chance of making his mark. However, competitive contestants like Manikuttan, Ramzan, and Rithu will try to make the most of the task.

The first task, ‘Sharing is caring’ involved a basket with 30 balls each. Upon hearing the buzzer, the contestants need to empty their basket while filling the others. The contestant with the maximum balls at the end of each round will be eliminated.

The major highlight of ‘ticket to finale’ tasks is not winning them but being consistently in the top three positions. The contestants started off on a defensive note. Kidilam Firoz was evicted from the task in the first round. However, Noby neither released a ball nor got one. However, Bigg Boss changed the rules in the second round as the contestant with the least number of balls will get eliminated.

All the contestants received one point each for successfully pedalling the cycle until the end of the buzzer.