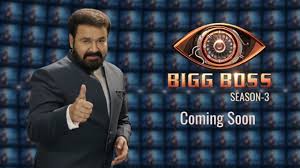 Bigg Boss Malayalam Season 3 will start airing in a couple of weeks in February 2021. There is a lot of buzz around the show after the launch of its introductory promo earlier this week. The host Mohan Lal set the tone for the audience and gave a signal of the entertaining times ahead. The audience are eager to know more about the list of contestants as the starting date approaches.

There are striking similarities in the concept of Bigg Boss Malayalam 3 promo with that of Bigg Boss Tamil 4. The recently concluded edition of Bigg Boss Tamil featured an intro promo where Kamal Hassan mentioned about the show’s resumption and impact of businesses running in the ‘new normal’ situation. On the similar lines, Mohan Lal spoke about the common men like cooks and drivers, impact of work from home during the new normal. The theme behind the latest promo was ‘The show must Go on’.

After the launch of the promo, there were speculations among the audience if the format and strategy might be similar the Tamil edition. The host Mohan Lal ended the promo on a high with his boxing gloves. However, the promo of Bigg Boss Malayalam 3 was a morale booster for the Malayali audience in these tough times. According to reports, this season of Bigg Boss Malayalam will be shot in EVP Film City, Chennai.

As a result of the Covid-19 pandemic, adequate precautions like mandatory quarantine for contestants will be undertaken. There are daily updates in terms of the potential housemates for Bigg Boss 3 Malayalam which will feature a mixture of social media stars, established actors and social activists.