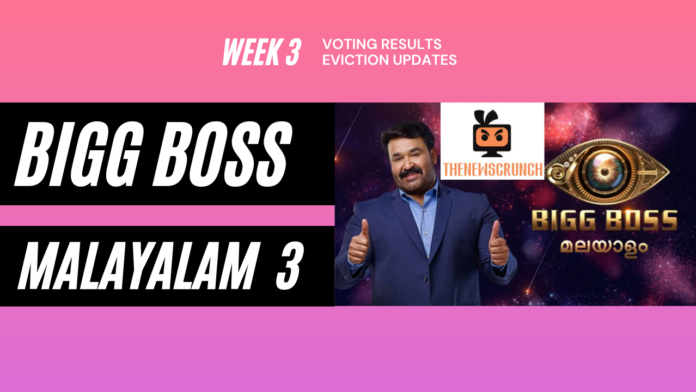 Bigg Boss Malayalam 3 enters its third week with an eventful nominations task. One elimination took place in the season so far. The host Mohanlal announced the eviction of Lakshmi Jayan on Sunday’s episode. The introduction of multiple wildcard entries has added much-needed entertainment, drama, and fights.

Dimple Bhal, Bhagyalakshmi, and Sai Vishnu entered the nominations for the second time in a row. Captain of the first week, Soorya Menon was nominated this week.

The fights between Dimple and the rest of the housemates like Feroz and the new wildcard entrant impacted the nominations. Sai Vishnu, Sajna, and Firoz are the least popular contestants out of the whole lot. However, it would be interesting to see which contestant gets evicted this week.