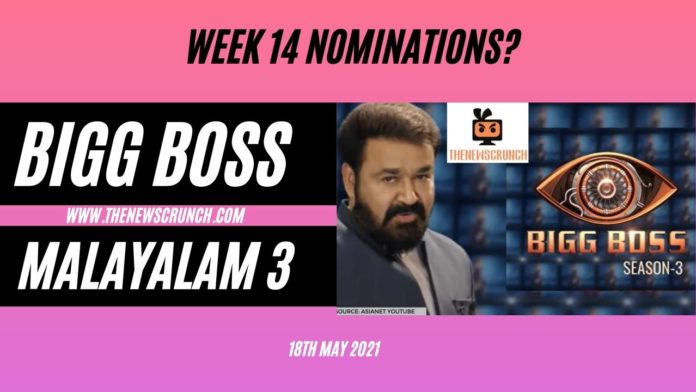 Bigg Boss Malayalam 3 enters its fourteenth week amidst shocking drama, twists, and double eviction. Ten eliminations took place in this season so far. The host Mohanlal announced the eviction of the tenth eviction, Remya Panicker. Adoney, Sajna/Firoz, Remya Panicker, Bhagyalakshmi, Majiziya, Lakshmi Jeyan, Michelle Ann, and Angel Thomas were the other evictions of this season. However, Remya Panicker is back in the house as a wildcard entry.

Manikuttan and Sai Vishnu entered the nominations for subsequent weeks. Rithu is the lucky contestant out of the whole did not enter nominations after a long time. However, it would be interesting to see which contestant gets evicted this week.

Sai Vishnu, Manikuttan, and Kidilam Firoz received a maximum number of nominations which was quite surprising. Dimple, Noby and Anoop received two votes each.

Vote to save your favourite contestants
Make Beautiful Surveys Free