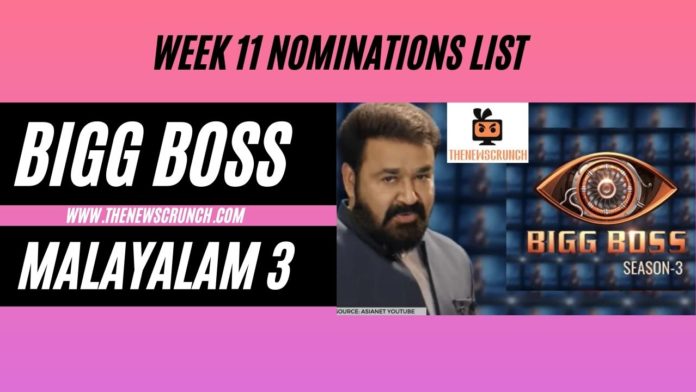 Bigg Boss Malayalam 3 enters its eleventh week amidst thrilling and furious arguments and fights. Eight eliminations took place in this season so far. The host Mohanlal announced the eviction of the eighth eviction, Sandhya Manoj. Sajna/Firoz, Remya Panicker, Bhagyalakshmi, Majiziya, Lakshmi Jeyan, Michelle Ann, and Angel Thomas were the other evictions of this season. However, Remya Panicker is back in the house as a wildcard entry.

Anoop and Sai Vishnu entered the nominations for subsequent weeks. Manikuttan, Dimple, and Remya are the lucky contestants out of the whole did not enter nominations after a long time. However, it would be interesting to see which contestant gets evicted this week.

Sai Vishnu received a maximum number of nominations similar to last week. Firoz received the second most votes while the rest of the nominations received multiple votes.

Vote to save your favourite contestant
Created with Survey maker