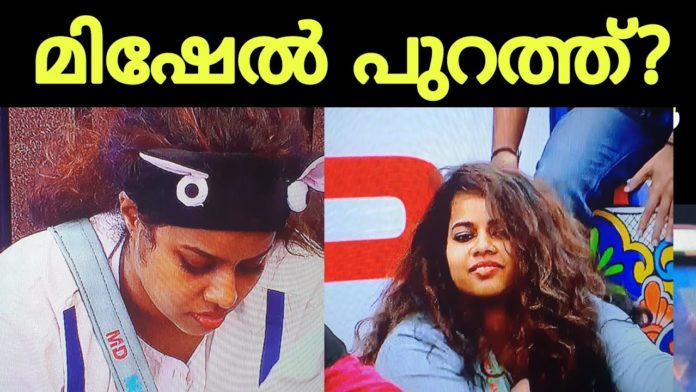 Bigg Boss Malayalam Season 3 completes a rollercoaster third week. After a lackluster first week, the second and third weeks were marred by incessant fights, abortion of the luxury budget task, and blooming of romance. However, the second eviction result will the highlight of the weekend episodes as host Mohanlal will do the honors.

It is a tough fight at the bottom of the nominations list for week 3. The audience was engaged actively through the Hotstar App to vote for their favorite contestant. According to reports, the TRPs of Bigg Boss Malayalam 3 edges out the second season as per third week proceedings. Seven contestants were nominated for eviction in the second nominations task.

Only one contestant was evicted so far. After Lakshi Jeyan’s exit, another contestant will end her journey in the enthralling reality show. According to reports, Michelle Ann will be evicted on Sunday’s episode. Hence, Michelle will be the second elimination after ending as a wildcard entry.

Michelle Ann entered the Bigg Boss house with a single point agenda of breaking Dimple Bhal’s sympathy wave. After her aggressive stance against Dimple’s sympathey yielding story, Michelle was cornered from all ends. However, the strategy backfired and the wildcard entrant’s tenure in the house is short lived.

The game intensifies as the show approaches its fourth week. With Sai Vishu’s aggression and groups forming around the corners of the house, Bigg Boss Malayalam 3’s plot thickens.