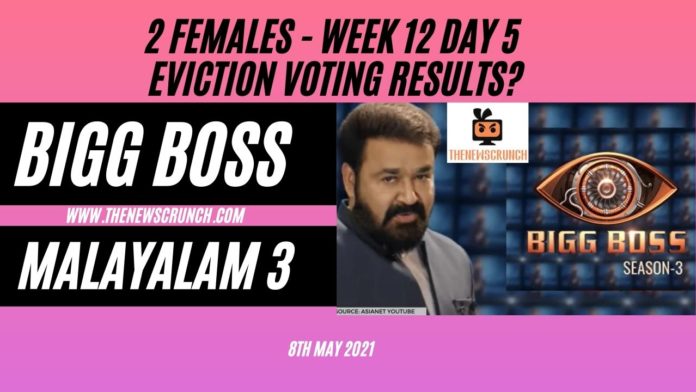 Six contestants entered the nominations for eviction in week 12 8 of Bigg Boss Malayalam 3. However, the performances during the ‘Bhargavi Nilayam task’ and subsequent arguments about body shaming impacted the voting results by great means. Nine eliminations took place so far but the tenth eviction will be a decisive one en route to the finale. Interestingly, all the evicted housemates so far are female contestants except Sajna /Firoz and Adonay.

The voting results in battle were a rollercoaster ride until the final day due to tough competition. Three contestants were trailing by a significant margin from day 1. Also, the performances in the horror task were decisive for certain nominated contestants. Hence, Soorya and Remya were subjected to danger and Rithu Manthra joined the group.

There was a lot of chatter about the issue of body shaming with Soorya took up with Rithu. However, Soorya’s performance was below par this week with respect to task and house duties.

Soorya is the likely eviction of week 10 in Bigg Boss Malayalam 3. Remya is also losing his popularity and struggled in the bottom two of the voting results. Hence, this week will feature yet another female eviction.