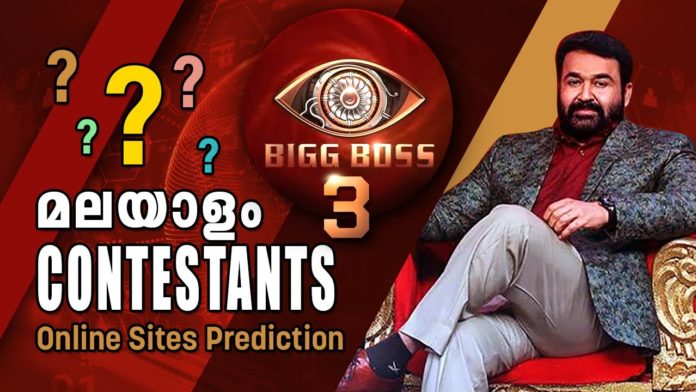 Bigg Boss Malayalam Season 3 is all set to entertain the audience in a couple of weeks. The host, Mohan Lal, will introduce the final sixteen contestants on the grand premiere date. The starting date of Bigg Boss 3 Malayalam will be on the 3rd of February 2021. The suspense continues around the list of contestants as the quarantine period will commence this week.

Through the last few weeks, there were several speculations about the contestants who will be a part of the reality show. Several celebrities like Anumol denied their participation in the show. Much to the rejoice of the audience, three contestants joined the confirmed list of contestants.

Several Malayalam channels are covering the potential housemates of this season. However, Dhanya Nath is the latest addition to the contestant’s list. The popular social media influencer is all set to spice up things inside the house. Renowned actors Noby Marcose, Kidilam Firoz, are a confirmed part of the show. There were speculations around Sharath Parameshwaran’s participation in the show. The vlogger will also enter the Bigg Boss 3 Malayalam house.

There are reports about changes in the format of the show. Bigg Boss 14 failed to embrace a positive impact of the change of rules. The audience is hoping Bigg Boss Malayalam 3 can change the trend.