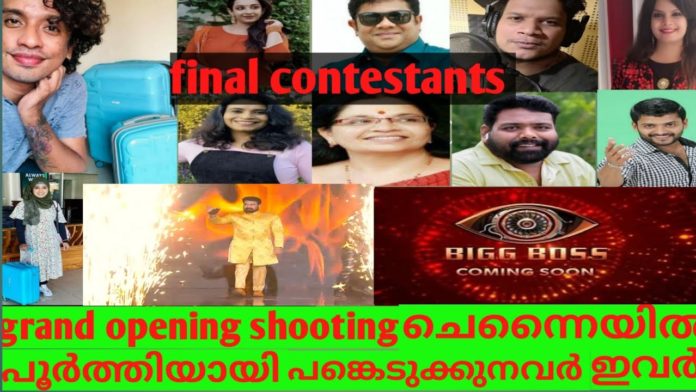 You heard it right! The show will go on, on a grander scale! Watch the grand opening of Bigg Boss Malayalam Season 3 tomorrow, exclusively on Hotstar.#BiggBossMalayalam3 #Hotstar #HotstarSingapore pic.twitter.com/IKRS2qcClx

Popular Tik Tok star, Dhanya Rajesh is a youth icon who is expected to be a sensation of Bigg Boss Malayalam 3.

Noby Marcos was one of the first contestants to confirm his participation in Bigg Boss Malayalam 3. Noby is a popular actor with a stellar presence in several shows.

Bigg Boss Malayalam 3 will feature a high profile contestant, Bobby Chemmanur. Bobby is a popular philanthrophist and business known for his amazing popularity. However, will Bobby survive the mental and physical ordeals of Bigg Boss?

Bigg Boss Malayalam 3 will feature a sensational speaker in RJ Firoz who will be a hard spoken individual in the house.

Legendary dubbing artist Bhagyalakshmi will enter the Bigg Boss Malayalam 3 house. The elder contestants usually have a bad run in Bigg Boss seasons. However, the dubbing artist turned social activist will look forward to break the trend this season.