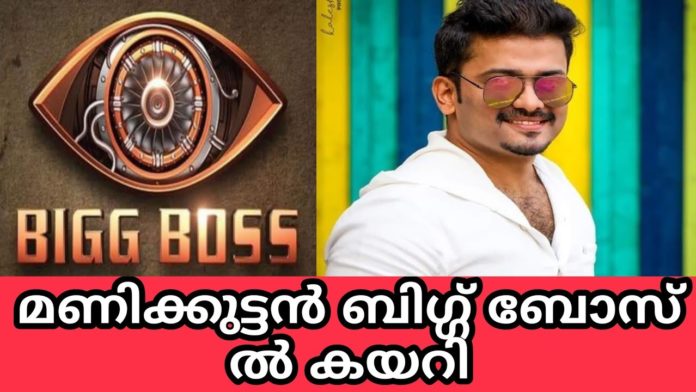 Bigg Boss Malayalam’s new season has received a great reception. Manikuttan was the notable player who entered Bigg Boss house with Nobby Marcos, Dimpal Bhal, and Kidilam Firoz. In the intro video, Manikuttan shared the goal of finding a girlfriend through Bigg Boss and see if he can get married.

Actor Manikkuttan was the fourth contestant to reach the third season of Bigg Boss Malayalam. Manikuttan’s name was mentioned when the news of the show’s arrival came out. But I could not say for sure. Finally, Manikuttan is gearing up to be the best contender this time around.

Mohanlal called Manikuttan to the stage, hinting that an actor who had acted with him was coming. In January, the player revealed that he had suffered a minor leg injury. Manikuttan says he received fair treatment while he was in quarantine.

Second, Manikuttan told the story behind his name. Manikuttan derives its name from the man in the house where his father and mother worked. But his real name is Thomas James. Meanwhile, Mohanlal had asked Manikuttan about marriage. He has come to decide if he can have an acceptable love affair with Bigg Boss. Mohanlal wished him luck in finding such a partner in his Bigg Boss journey.