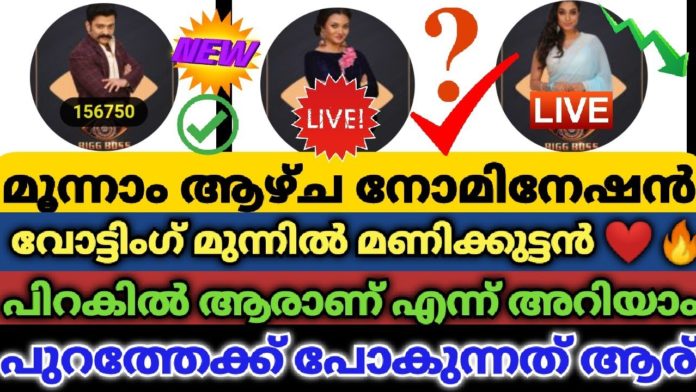 Bigg Boss Malayalam Season 3 nominations task for eliminations this week witnessed a major twist in the tale. After two consecutive weeks of nominations, Sai Vishnu and Dimple Bhal were safe. Rithu Manthra reentered the nominations after a week’s break. Sajna and Firoz continue to lurk in danger with yet another nomination.

The fiasco surrounding last week’s performances is impacting the voting results by considerable means. Angel Thomas and Sajna/Firoz are lurking around in the bottom two and Rithu’s safety seems to be a huge positive for her prospects this week.

According to reports, Rithu Manthra and Soorya Menon are likely to be safe this week.

According to reports, Sajna/Firoz or Angel Thomas are likely to be evicted this week.