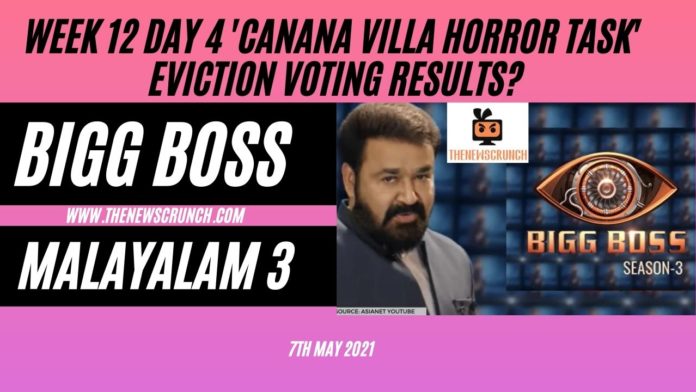 ‘Canana Villa Horror Task’ continues for the 81st day at Bigg Boss House. With the help of his partner Ramzan, Manikuttan’s character continues to commit murders. Ritu and Surya, who came as a policeman, were also questioned involving ghosts but they had not been able to find the killer in the past day.

On the elimination front, Bigg Boss might throw suspense with no eviction announcement. However, the focus is on the best performers of this week. Noby and Kidilam Firoz are safe from eviction nominations this week. However, after four consecutive weeks of nominations, Sai Vishnu is a strong prospect to enter the finals. Anoop needs to prove himself with performances as a captain with yet another safe pass this weekend.

The drama engulfing this week’s horror task and evolved game strategies after Dimple Bhal’s exit are impacting the voting results by considerable means. Remya and Ramzan are lurking around in the last two and Manikuttan’s safety seems to be a huge positive for his prospects this week.

The horror task was the major highlight of this week. Only two contestants apart from the captain were spared from nominations this week. However, there was one direction nomination this week.

According to reports, Manikuttan is likely to be safe this week.

According to reports, Ramzan or Remya are likely to be evicted this week.