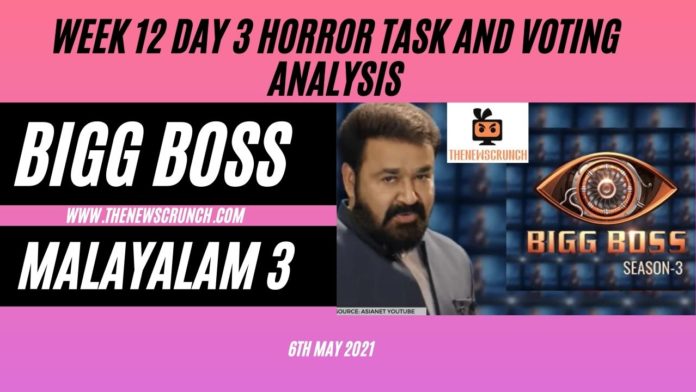 There are high chances of Bigg Boss skipping eviction this week. However, the limelight is on the performances and entertainment factor in the new weekly task. Noby and Kidilam Firoz enjoy the luxury of safety this week. However, after four consecutive weeks of nominations, Sai Vishnu holds strong in the race to the finals. Soorya needs to prove herself with performances in tasks with yet another nomination this weekend.

The drama engulfing this week’s Bhargavi Nilayam task and new strategies after Dimple Bhal’s exit are impacting the voting results by considerable means. Remya and Rithu Manthra are lurking around in the bottom two and Manikuttan’s safety seems to be a huge positive for his prospects this week.

The closed-door nomination task and the horror task were the major highlights of this week. Only two contestants apart from the captain were spared from nominations this week. However, there was one direction nomination this week.

According to reports, Manikuttan is likely to be safe this week.

According to reports, Rithu or Remya are likely to be evicted this week.