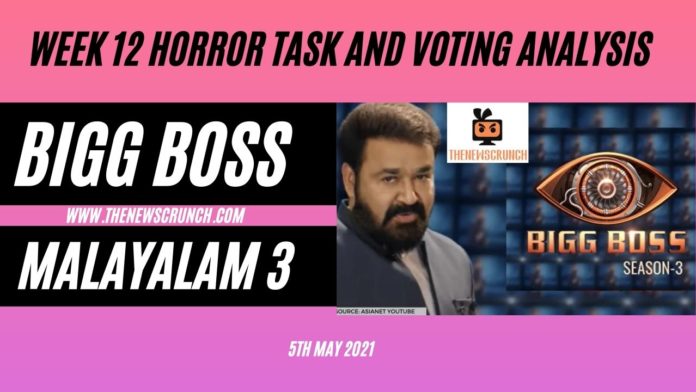 There could be a potential twist or suspense of no elimination this week as Dimple Bhal exited the house under unforeseen circumstances. However, the focus of energy is towards the performance and impact created in the new weekly task. Bigg Boss Malayalam Season 3 closed nominations spared Noby surprisingly. After four consecutive weeks of nominations, Sai Vishnu was an obvious choice. Soorya will depend a lot on her performance in tasks with yet another nomination this weekend.

The twists and turns surrounding this week’s Bhargavi Nilayam task and new strategies after Dimple Bhal’s exit are impacting the voting results by considerable means. Remya and Rithu Manthra are lurking around in the bottom two and Manikuttan’s safety seems to be a huge positive for his prospects this week.

The closed nomination task and the horror task were the major highlights of this week. Only two contestants apart from the captain were spared from nominations this week. However, there was one direction nomination this week.

According to reports, Remya or Rithu are likely to be evicted this week.