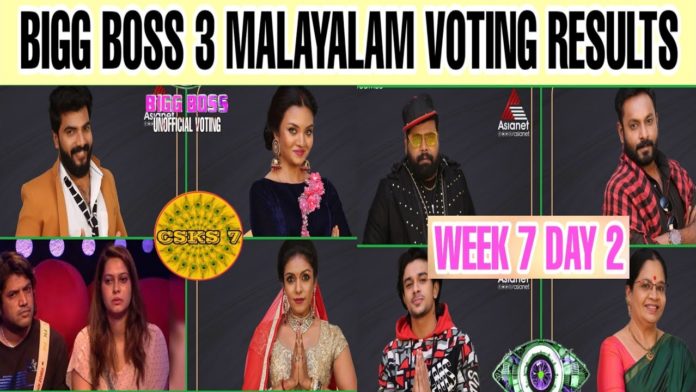 Bigg Boss Malayalam Season 3 nominations task and the weekly luxury budget task took the limelight so far. Dimple Bhal basks in the shadow of Mohanlal’s praise over the weekend. However, Ramsan and Sandhya entered the nominations for the first time. Anoop failed to impress last week but might be saved yet again.

The drama surrounding this week’s washing and ironing task performances is impacting the voting results by considerable means. Bhagyalakshmi and Sandhya are lurking around in the bottom two and Kidilam Firoz’s excellent captaincy last week seems to be a huge positive for his prospects this week.