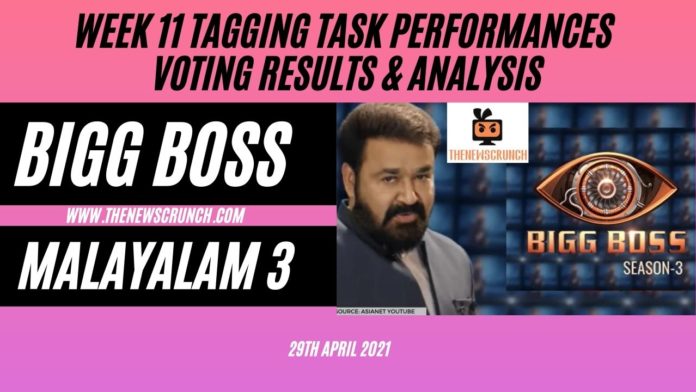 Bigg Boss Malayalam Season 3 concluded the recent coin task and the nominations task for eliminations this week which set the tone for a competitive week. Sai Vishnu rules the rooster after three consecutive nominations. However, Kidilam Firoz makes his presence felt among the audience this week. Soorya lurks in danger with a threatening nomination this week.

The drama surrounding the ‘tagging task’ and the coin task performances is influencing the voting results significantly. Adoney and Soorya are in danger in the bottom two and Sai Vishnu’s safety seems to be a huge positive for her prospects this week.

The ‘running and catching’ task and Coin task were the major highlights of this week. There are some sensational twists expected in this task. However, there were no direct nominations this last week.

According to reports, Sai Vishnu and Ramzan are likely to be safe this week.

According to reports, Soorya or Adoney are likely to be evicted this week.