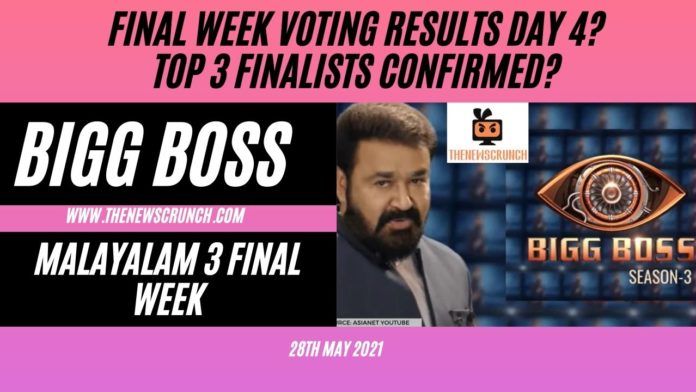 Bigg Boss Malayalam 3 finale week voting takes a decisive twist on the penultimate day of the voting window. The voting lines close on Saturday, the 29th of May 2021. The eight finalists are less than two days away from seeing their possibility of becoming the winner and runner-up of Bigg Boss Malayalam 3. There are multiple contestants in line for cruising into the top 3 of the finale week voting.