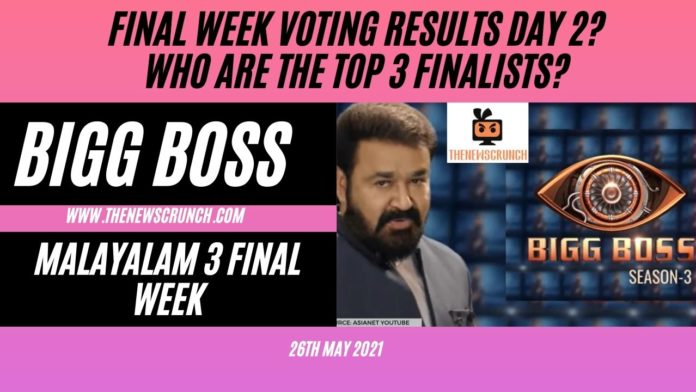 Bigg Boss Malayalam 3 final week voting triggers a sensational weekend ahead for the audience. The eight finalists and in contention to become the winner and runner up of Bigg Boss Malayalam 3. The makers are seeing increased traction in the fan polls though the show is not in progress. The voting results took a decisive turn on the second day.

The voting lines opened on the 24th of May 2021 at 11 PM and will close on the 29th of May 2021 at 11 PM IST. However, the audience is not entirely happy with this process as the performances in the final two weeks will make no difference. There are contestants with a massive fan base like Manikuttan while stronger performers like Ramzan and Anoop failed to get the limelight.