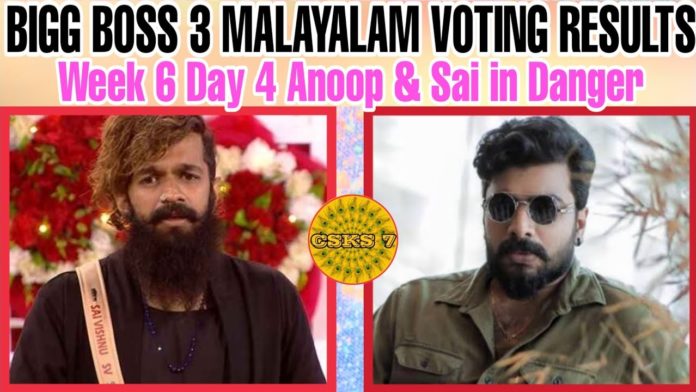 Bigg Boss Malayalam Season 3 nominations task set the tone for the rest of the week’s drama while the ‘Tube Task’ turned awry. Dimple Bhal stays strong on top of the voting results but the fights during the task impacted her voting results. Soorya reentered the nominations after a week’s break. Three contestants are in contention for eviction this week.

The drama surrounding this week’s ball-catching task and associated arguments is impacting the voting results by considerable means. Majiziya and Anoop are lurking around in the bottom two and Dimple’s safety seems to be a huge positive for her prospects this week. However, there are four contestants facing the heat of eviction this week.

The ferocious ball-catching task was the major highlight of this week. The performance in the first two rounds ended up with a fight-ridden third round.

According to reports, Anoop, Sai Vishnu, or Majiziya is likely to be evicted this week.