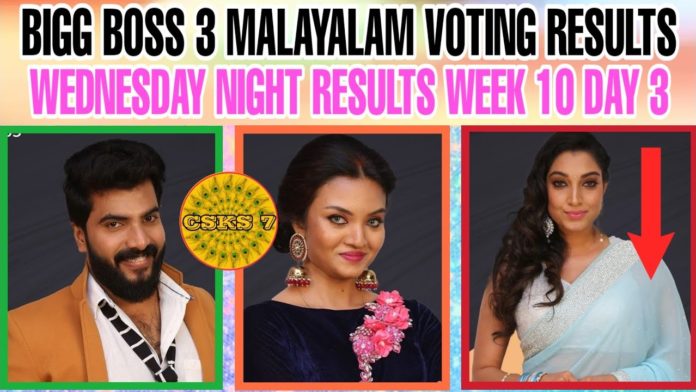 Bigg Boss Malayalam Season 3 Nattukootam task and the grudge from the open nominations triggered massive fights. Kidilam Firoz unveils his game face while Sai Vishnu and Ramzan lock horns. However, Dimple continues to cripple under the torments of Kidilam Firoz. A fantastic twist in the elimination battle is awaited during the course of the tenth week.

The drama surrounding the Naatukootam task is impacting the voting results by considerable means. Sandhya and Soorya Menon are lurking around in the bottom two and Sai Vishnu’s safety seems to be a huge positive for her prospects this week.

Captain Adoney, Manikuttan, Kidilan Firoz, and Ramzan were safe from nominations this week.

According to reports, Rithu Manthra or Sandhya are likely to be evicted this week.