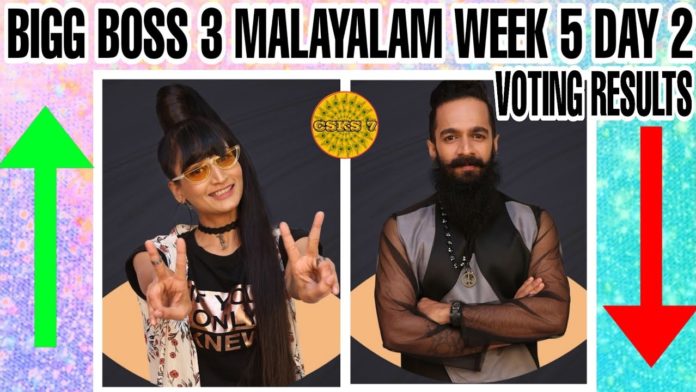 Bigg Boss Malayalam Season 3 is midway through an entertaining week filled with intense drama, fights. Out of the seven contestants nominated for elimination, few of them impressed in the ‘role play task’. However, one contestant will bid goodbye to the Bigg Boss house as a result of the eviction.

A fiery nominations task and a touch of bonhomie set the tone for Bigg Boss Malayalam 3 this week. However, an enthralling ‘role play’ task was announced by Bigg Boss after the success of last week’s college tasks success. The contestants are dressed as one famous character from the Malayalam industry.

After successive weeks of nomination, Manikuttan and Soorya get a break. A very smart move by Manikuttan came through Soorya’s proposal rejection. Manikuttan understood Adoney and Angel’s failed love track attempt and did not want to fall into the trap.

The fun and drama surrounding this week’s character task performances are impacting the voting results by considerable means. Danger clouds Rithu Manthra and Remya Panicker as the duo are stuck in the bottom two of the voting results and Dimple Bhal’s safety is imminent from her screen presence.

The ‘Kaliyattam’ task and nomination task was the major highlight of this week. All the contestants were eligible for nominations this week. However, the quest for safety clouds the performances in the ‘character’ task.

According to reports, Remya Panicker or Rithu Manthra is likely to be evicted this week.