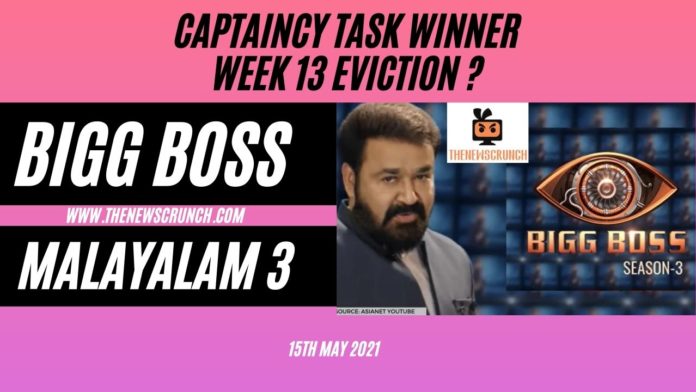 Bigg Boss Malayalam 3 completes its 13th week this weekend. Amidst all the drama and surprises this week, one contestant will be eliminated at the end of the week. The host Mohanlal will introspect into the major incidents and drama from this week’s episodes. However, the eviction danger looms large over two of the six nominated contestants.

Adoney was the last contestant in BBM3 to be evicted. Surprisingly, no eviction took place last week as the show received an extension of two weeks. The return of Manikuttan and Dimple Bhal increased the interest in the show yet again. With surging TRPs, Bigg Boss Malayalam 3 is fighting a race towards an epic finale week.

Six contestants were nominated for eviction last week. However, Ramzan and Remya are in danger of elimination this week. In spite of the drama around his fight with Manikuttan, Ramzan is inching towards safety. There is also a possibility of no eviction taking place this week due to the extension of the show.

Noby was lucky enough to become the best performer yet again. However, the audience is disappointed with the decision. Manikuttan and Ramzan are battling an elimination nomination and did not get a fair competition. Noby is seen as less deserving in the house and he is saved yet again, thanks to his captaincy.

According to reports, Remya or Ramzan are likely to be evicted this week.