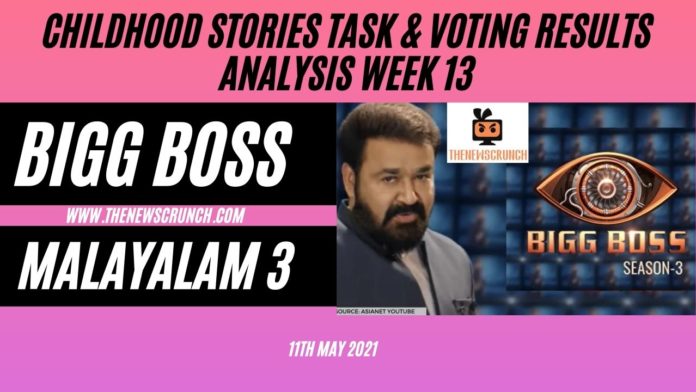 As predicted earlier, there was no elimination this week as the show got a deserved two week extension, thanks to the encouraging TRPs.Bigg Boss Malayalam Season 3 did not have a nominations task this week. However, the six contestants from week 12 nominations were re-nominated with extended voting lines.

The drama surrounding this week’s childhood stories and weekend incidents is impacting the voting results by considerable means. Soorya and Remya are lurking around in the bottom two and Manikuttan’s safety seems to be a huge positive for his prospects this week.

The extension of nominations was the major highlight of this week. Only two contestants apart from the captain were spared from nominations last week. However, there was one direction nomination last week.