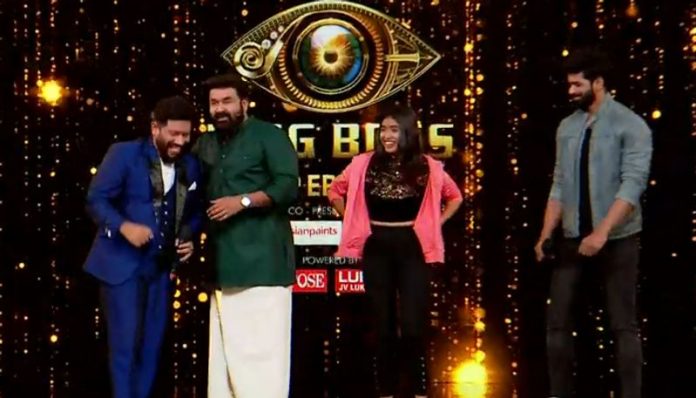 It was the first time in the history of the Bigg Boss show that such a large number of people had to go out due to illness. Parikutty, Sujo, Alessandra, Reshma, Raghu, Alena and Daya have all been forced out of the House after suffering eye infections at various times. Parikkutty was already out with Eviction. But there was a huge surprise in the 50th day of Bigg Boss Malayalam 2 season.


Raghu, Sujo and Alessandra return to the House. They were called to the Mohanlal venue. All three said they were thrilled to be back. But Sujo spoke more about the experience that came out. “Two weeks was like a life of hiding. The excitement of going to the House from that. Couldn’t go out, he was at home. “We only go out for treatment.”

Raghu responded that he did not think he would have to quit the Bigg Boss this day. Raghu told Mohanlal that he had in mind to come very soon. With the return of the three men who left on the 50th day, the House is sure to be in motion again. House personal ties have varied considerably since the time of Raghu, Sujo and Alessandra.