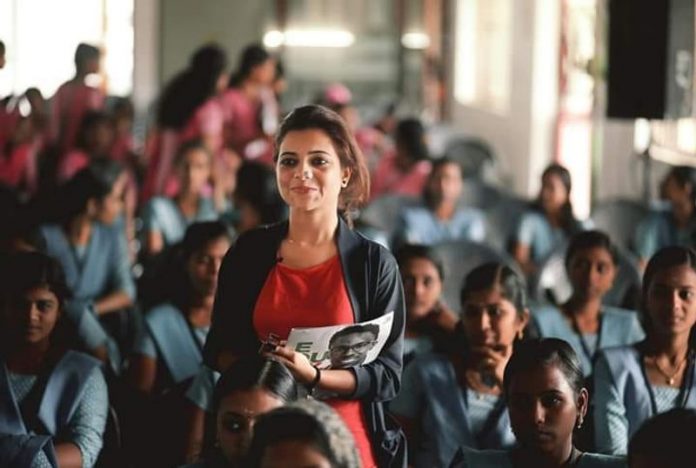 As the fourth week of Bigg Boss Malayalam Season Two kicks off, two wild card entries with the audience surprise. If Saturday’s episode ended with such a hint given by Mohanlal, it would have become reality in today’s episode. There were seventeen contestants from the opening episode of Bigg Boss. The second week, when Chandy was out of the elimination stage, Bigg Boss was sent out of Somadas for ill health. Big Boss has made two wild card entries together, with 13 contestants remaining after today’s elimination episode. Jazla Madasseri, who has made a lot of public and social media debates through her stance, has come to Big Boss House as the second wild card entry. With the arrival of Jazla, who is always brave enough to say so, we can expect the second season of Bigg Boss to be even more exciting.


Jazla first reached out to social media discussions by leading a flash mob organized by the Free Mondays Forum at the 2017 IFFK venue. Three girls of Flash Mob, Malappuram, had been facing widespread cyber attacks in connection with AIDS Day. Their Islamist religious background has made the cyber attackers problematic. Jazla-led protests were held at the IFFK venue. Jazla was the KSU Malappuram district vice president at the time. But Jazla’s Flash Mob has similarly attacked cyber attacks.

This is the first such episode of Big Boss Malayalam Season Two. Where two people get out of the normal elimination, two get out! The same day a wild card entry came through. Then another one of you will enter the wild card. Bigg Boss audiences and other contestants witnessed such events today.

Mohanlal’s first wild card was announced after Parikutty and Suresh Krishnan’s dismissal. Mohanlal has introduced the famous Daya Aswati through social media. Mohanlal announced his next surprise when he walked into the mercy house and met other contestants, saying that there is another wild card entry today! Jazla Madasseri, who is known to many Malayalees through social media, is the second contestant to reach the Bigg Boss through a wild card.

Mohanlal introduced Jazla by saying that he is another famous person through social media. Jazla told Mohanlal that the most interesting thing about her was that she did not personally know anyone in the House. ‘It’s a whole new world for me. I’ll stay to myself. “I will try to stand by myself,” Jazla told Mohanlal. Jazla is currently working as a marketing manager in a private company.