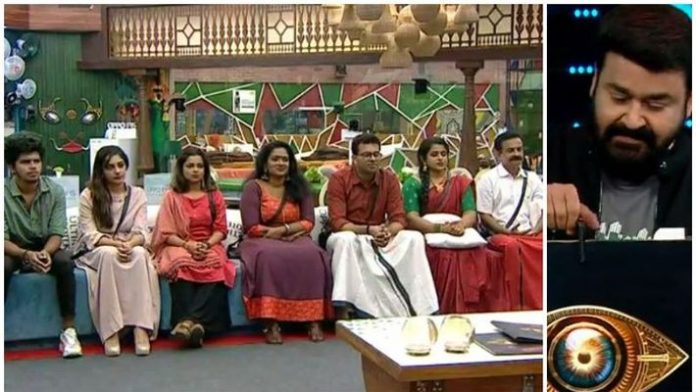 Bigg Boss’s audience looks forward to the last day of each week. It was on that day that Mohanlal comes along. It was also about knowing who would get evicted from the house. We will also know who gets saved in the voting results. Mohanlal ended the scene by stopping in suspense, citing only one of those on the eviction list during Week 6 of Bigg Boss Malayalam week 2.


Mohanlal first asked about those in the eviction list. Mohanlal also inquired about the opportunity he got in the task. In one task, the prize was awarded for escape from the eviction process. Arya and Jasla got the chance. Jasla used the opportunity. Jasla excludes the emission phase. Arya has decided to face the audience vote and decision.

Mohanlal asked Jasla why she decided to use the opportunity. Jasla replied that she did not know what we were talking about. Mohanlal, however, congratulated Arya on the idea that she could face the process of eviction. Arya said the opportunity was not used because the audience did not like it. It was after that that Mohanlal told those involved in the eviction phase to stand up. So Arya, Manju Peter, Sooraj, Veena Nair, Rajith Kumar and Pradeep Chandran stood up. Mohanlal said the first of the seven would be selected. Mohanlal opened the card of one of them. It was Veena Nair. The card was written in the safe zone. Mohanlal clarified that people were saying that they wanted her to be in the house. Veena Nair also said that she was happy.

Mohanlal also mentioned that there is someone to get evicted. Mohanlal left the venue to say eviction will be announced tomorr