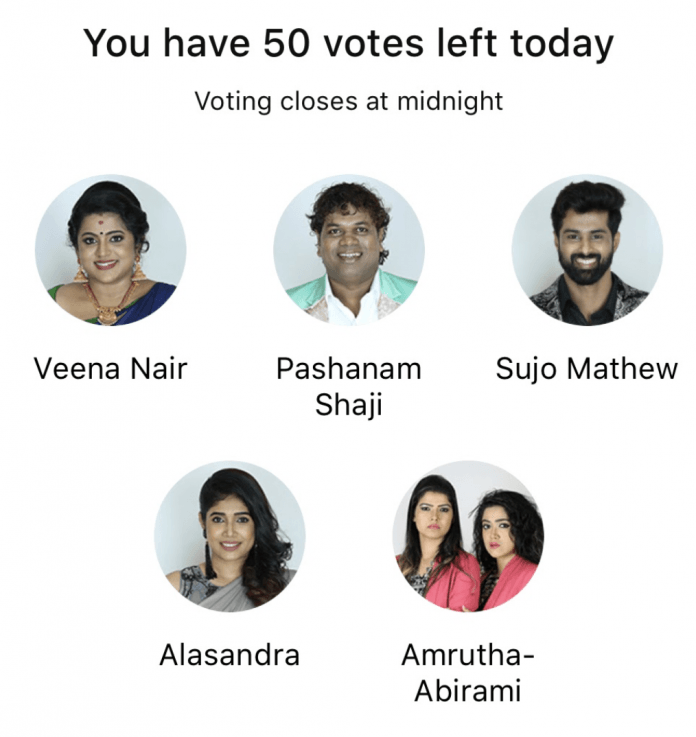 No Eviction This Week on Sunday As Well?

Audience of bigg boss malayalam 2 are frustrated with the show’s format. With no elimination being announced by Mohanlal on Saturday, the audience believe they are voting for nothing. They believe Bigg Boss makers do not have the audacity to evict Veena Nair who is trailing in the audience voting results for this week. However, a lot of criticism is directed towards the host, Mohanlal as well.