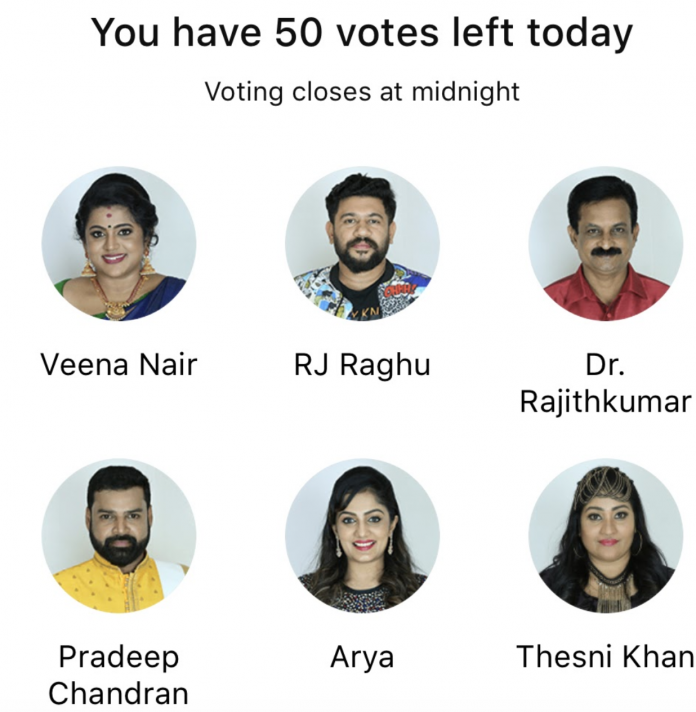 The weekend episodes promise a lot of action and suspense as the host Mohanlal digs into the happenings of the week. Though eviction nominations have been announced, it is becoming quite obvious that Reshma Rajan will be evicted this week.

Dr Rejithkumar and Arya are the top two in the audience voting polls. However, these are early trends and will swing either way. Thesni and Veena are not safe by a mile. Though, Reshma Rajan is trailing the voting trends can change based on the performances in the upcoming week.