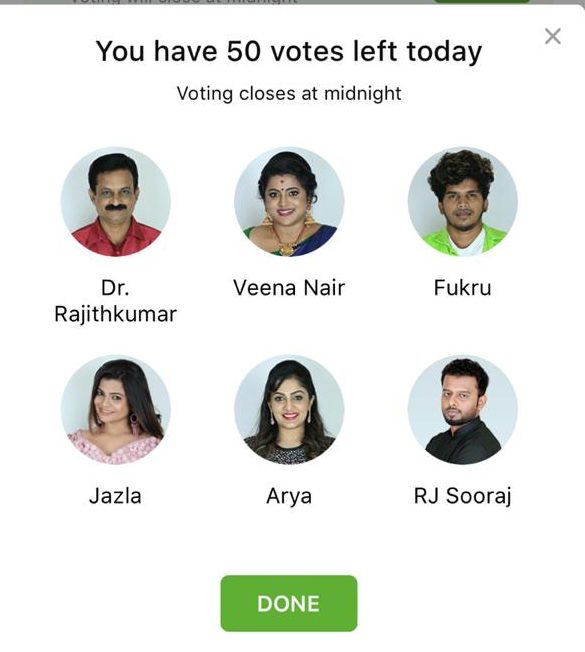 Rajith Kumar and Fukru are the top two in the audience voting polls. However, these are early trends and will swing either way. Arya and Veena are not safe by a mile. Though, Manju is trailing the voting trends can change based on the performances in the upcoming week. However, the fight for the bottom position will intensify as three contestants are in contention. Jazla, Veena and Manju need to lift up their games to stay afloat in this season of Bigg Boss Malayalam 2.