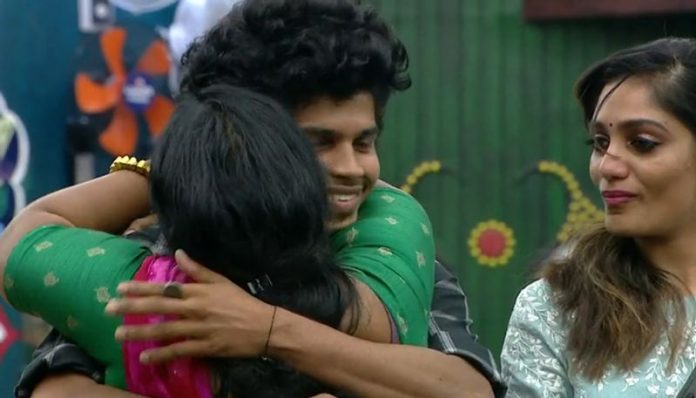 Bigg Boss Malayalam 2 enters its seventh week. The drama, chaos, fun and fights continue to a great extent in the Bigg Boss Malayalam 2 house. Week 1 was peaceful with the contestants sharing their personal stories and Mohanlal warned them for a few violations against the rules of Bigg Boss. Mohanlal announced the season’s first elimination to happen this weekend and Rajini Chandy was evicted. The second elimination of Bigg Boss Malayalam 2 was Reshma Rajan and Somadas made an unexpected exit due to illness. Following this, Thesni Khan was eliminated in the end of Week 4. Pradeep Chandran was the eliminated last week. Manju Pathrose was eliminated on Sunday.  However, the suspense of this week’s elimination is exciting to see.


The weekend episodes promise a lot of action and suspense as the host Mohanlal digs into the happenings of the week. Manju Pathrose was trailing from the beginning of the week’s audience voting and is eliminated from the show.

There were no eliminations on Week 5 and week 6 witnessed the elimination of Pradeep. Reshma gets a break from nominations again this week due to her eye infection. Meanwhile, Rajith was the leader of audience voting last week and is nominated this week as well. The fight for the top position is likely to be between Fukru and Rajith Kumar. Fukru makes his way into nominations for the first time.

Each contestant nominated two other contestants and as a result, six ven contestants were nominated which builds up the possibility of a double eviction this week. This is how the contestants voted for each other.

Manju Pathrose Leaves the House With Positivity and A Smiling Face!

Mohanlal requested the nominated contestants to stand up and finally announced Manju’s name. Manju left the house with a beaming smile and confessed that she will not miss her fellow contestants. It was surprising to see Manju being so positive about her elimination and Mohanlal mentioned it too.

The audience of Bigg Boss Malayalam 2 are disappointed since Manju Sunichan did not get eliminated last week. Rajith and Sooraj were declared safe while the fate of Manju and Pradeep hung in balance. The audience were tired of Manju’s excessive emotional drama. However, the real surprise was revealed when Pradeep was eliminated. The fans of Bigg Boss Malayalam 2 could not digest this and hence, urged for fair voting process.

Manju is trailing this week and finally got evicted on Saturday’s episode.

Will There Be Another Eviction This Week?

The possibility of another elimination this week looms large as Mohanlal mentioned the chances of the same. However, with none of the contestants entering the house after their eye infection treatments, the house is already filled with lesser number of contestants than expected. Hence, the possibility of Jazla getting eliminated on Sunday is less. However, if there is a suprise eviction on Sunday, it is expected that Jazla will be eliminated.

As expected, Rajith Kumar was the leader in major polling reports from day 1 of audience voting. However, it was surprising to see the Fukru and Arya get nominated for eliminations this week. Though the contestants are fighting hard to get saved from evictions, the tasks will be getting tougher and intense by the day.

Rajith Kumar and Fukru are the top two in the audience voting polls.Manju was trailing the voting trends and it did not change through the course of the week. However, the fight for the bottom position intensified as three contestants were in contention. Jazla, Veena and Manju fought hard to save themselves from elimination. However, Manju remained in the bottom of the audience voting results.


Who will get evicted this week? Let us know in the comments below.