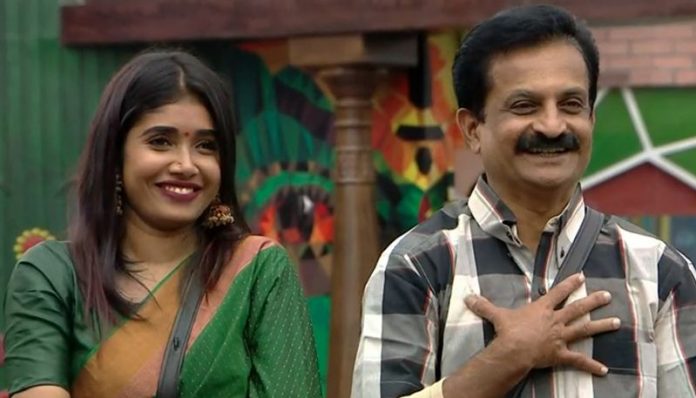 Rajith Kumar Wins Captaincy Task and Becomes Safe this Week! Who are In Danger?

Arya, Rajith and Jazla were the contenders for captaincy task this week. While Arya and Rajith were nominated for eliminations this week, Jazla is the new wildcard entrant. However, Rajith completed the captaincy task which involved completing a jigsaw puzzle. Rajith receives much needed immunity though he is leading in the audience voting results.

As a result, Arya, Thesni and Prabhu are lurking in danger of elimination this week.

Veena’s Desperate Measures to Get Back to Safety Revealed?

Veena is a prominent face in the elimination nominations so far. However, she is lurking in danger as no contestant except Rajith is safe this week. Wildcard entries jibe at Veena and terming her as ‘Kulasthree’. However, Veena didn’t take it easily and make a ruckus for her statement. Thesni accused Veena of making an issue out of it since she is nominated this week. Is Veena doing enough to grab the limelight during these tough times?